If you have a dog or cat that you love—give your full attention to what’s below. Because you’re going to finally learn the secret to keeping them healthy and helping them bounce back if they get sick.

Many caring pet owners watch helplessly as their furry friends get ill, withdraw, and sometimes, even worse. It’s a tragedy because it doesn’t always have to go that way.

A perfect example can be found with Joyce. Her veterinarian had made a frightening diagnosis for Jacque, Joyce’s 10-year-old apricot-colored standard poodle. The steps the vet recommended were not acceptable to Joyce. Joyce decided to search for an alternative and supplements for dogs that could help. She knew that ImmPower was an immune enhancing supplement for humans, but she didn’t know if there was anything like it for her dog, Jacque.

A much healthier and happier dog.

Joyce’s immune system and her dog’s immune system both contain cells called Natural Killer (NK) cells, the most important white blood cells in the immune system. These cells are designed to defend against foreign or dangerous substances that invade her body, as well as Jacque’s (see illustration).

We then told Joyce about our immune system boosting supplement for pets, NK-9. It contains AHCC, the same powerful ingredient in ImmPower, proven to enhance Natural Killer cell activity substantially. We told her that, “NK-9 is her best friend’s best protection.”

How NK-9 Works to Blow Up Intruders 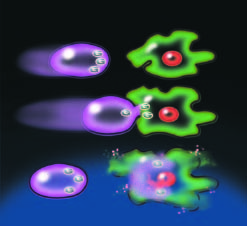 Joyce decided to give this supplement for dogs a try. Based on Jacque’s weight, we advised her as to how many capsules she should give him each day. Joyce did exactly that and sent us a letter a short time ago to give us the good news: “Jacque is doing great and he’s like his old self again! We highly recommend NK-9 and will keep Jacque on it for a long time. Thank you so much!”

Not many dogs are allowed to visit seriously ill kids in the intensive care unit of a hospital— or mingle with older individuals in assisted living facilities who seem to thrive on the love and affection of a pet.

Maggie the therapy dog has these special privileges. In just one year, she visited over 3,500 people, including 350 children at the University of Massachusetts Memorial Children’s Medical Center.

She snuggled with sick kids too weak to reach out and pet her. Maggie brought joy and memories to people who had forgotten their own cherished pets from times gone by. She’s been called an angel and a dog that works magic. Then in August 2006, Maggie got very sick too.

Making it to the holidays looked doubtful, because she couldn’t take anymore of the vet’s treatments. Fortunately, Maggie’s owner, Mike Kewley, founder of Shrewsbury Paws, an animal therapy company, heard about NK-9.

“Many people were so saddened to hear about Maggie’s illness. Some contacted me and told me about NK-9, that it could help build her immune system. So I kept an open mind and tried it in October. I also changed her diet and put her on DGP for her joints because she was slowing down and couldn’t jump up. Gradually over the next 3 months she got stronger and stronger. I now have my little girl back! The vet says her bloodwork is fine. She has so much more energy. As a matter of fact, I can’t remember her ever running around like this. And the best part is, she’s now back on the job helping people again!” 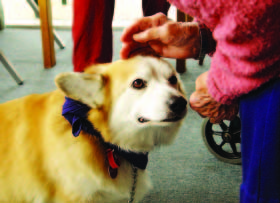 How does NK-9 work to bulletproof your pet’s immune system?

Veterinarian researchers at Nihon University, the largest university in Japan, discovered why NK–9 works so well. They conducted a study with dogs. The results showed that Natural Killer cell activity almost tripled from this supplement for dogs. Even more impressively, it only took seven days!

NK-9 also nearly tripled the activity of large immune system fighters called macrophages. When intruders get into your dog’s tissues, the macrophages are there waiting to literally eat the invaders and render them harmless to your pet. 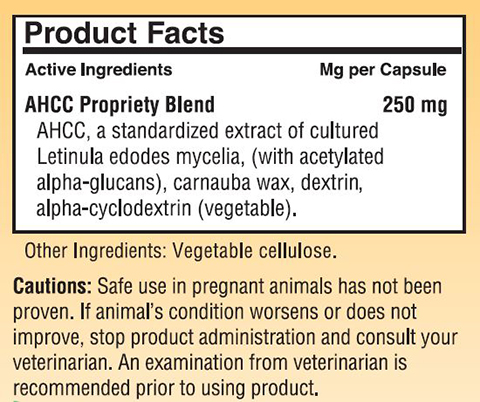